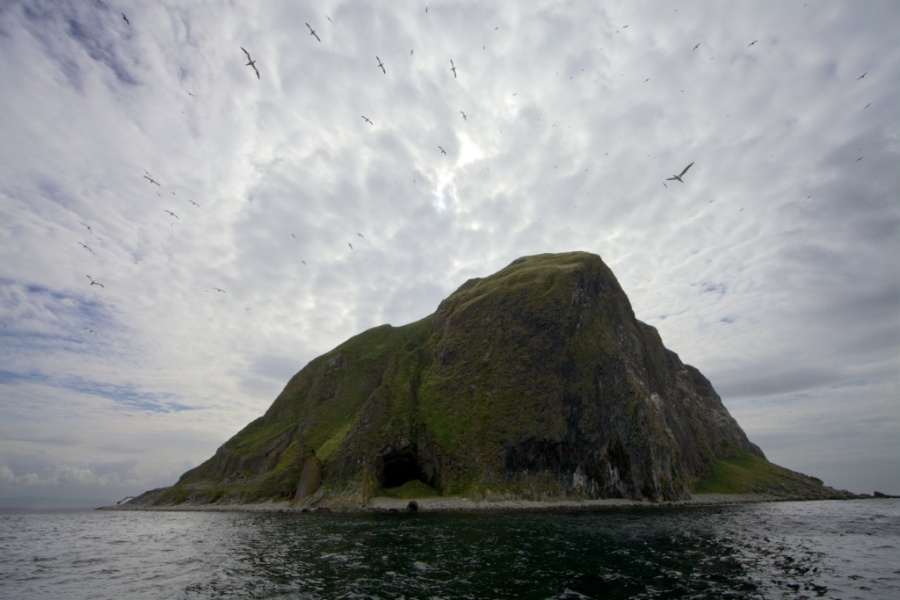 Home / News / From Island to Ice: a Journey of Curling Stones

From Island to Ice: a Journey of Curling Stones

Ailsa Craig. Down the ages it has stood in magnificent, rugged isolation – a one-mile long volcanic plug island rising out of the Firth of Clyde, ten miles off Ayrshire on Scotland’s west coast.

It is, according to the RSPB, one of Britain’s most important bird sanctuaries, being home to a colony of as many as 75,000 gannets at certain times, as well as other species, including a rejuvenated settlement of puffins that are gradually re-instating themselves following the eradication of rats from the island. It also stands as an iconic backdrop to the Open Championship and other major golf events when they are staged at the famous Turnberry links course.

But more than this, the granite that makes up most of the island is the source material for the stones used in the game of curling. The prized high-density blue hone variety is found nowhere else in reasonable quantities apart from the island’s north quarry, and it is used as the running band – the section in contact with the ice – on every curling stone in the world.

Known affectionately as “Paddy’s Milestone” because it sits at the halfway mark of the sea-ferry route between Belfast and Glasgow, Ailsa Craig has been uninhabited since the middle of the last century, but in recent weeks, its isolation has been disturbed by a team of craftsmen from Kays of Scotland – the world’s leading manufacturer of curling stones – who have been harvesting 2,000 tons of the precious granite to be used in the making of the next ten years’ supply of curling stones.

In a painstaking operation, Kays have been gathering seven-ton boulders from the two quarries on the island, shifting them to a temporary loading dock and then transporting them on the open boat ‘Jodiann’, some 75 tons at a time, to Girvan harbour, from where they have been transported to secure storage near the Kays factory in Ayrshire.

A family business, Kays have been making curling stones for almost two centuries, and years ago they negotiated the exclusive right of access to Ailsa granite with the island’s owner, the 8th Marquis of Ailsa, who, incidentally has put the island up for sale, with a current asking price of one and a half million pounds.

Up until the 1950s, the Girvan family, and other relatives involved in Kays, lived and worked at the island’s quarries, but now there are no permanent residents and the old houses and facilities, which incredibly included a commercial tea-room, have been left to their fate. Even the lighthouse is automated and solar-powered now.

The last time Kays lifted granite was in 2002 and the timetable of this year’s operation – being carried out under the watchful eye of the RSPB and Scottish Natural Heritage – was adjusted for fear of disturbing fledging gannets during what has been a late breeding season.

Ian Morton was one of the last quarrymen to live on the island, and he recalls a working regime there that would have made current health and safety officials faint. In those days, the quarries had to be dynamited.

“We used to blast the granite pillars down and then work on them in the quarry”, he explains, recalling, “I got blown five yards away onto my backside once”. One of his jobs was to transport explosives round the island. ” We’d be moving round 300 pounds of gunpowder, gelignite and detonators, but the danger didn’t bother us ” he said.

Curling – called “chess on ice” by some – is an ancient Scottish game whose written history goes back as far as 1541. It shot to prominence in the UK when Rhona Martin’s team kept a bleary-eyed Britain up well after midnight as they battled for gold medals at the 2002 Olympic Winter Games in Salt Lake City.

Now, with the next Winter Olympics in Sochi, Russia just six months away, curling is set for centre stage again, with the British teams – yet to be formally announced – liable to be led by current women’s world champion Eve Muirhead from Pitlochry in Perthshire, while the men are likely to be skipped by two-times world champion, Lockerbie’s David Murdoch. And they will be using Kays-produced Ailsa Craig stones, which have already been despatched to the curling venue.

Each of these stones weighs 20 kilograms, is 278 millimetres wide and 136 millimetres high. To buy one would cost around £400, while a complete set of 16 matched stones – the number needed for a game between two teams – is priced at almost £6,400.

Kays’ Field Sales and Service Manager Mark Callan gives some background to their production. “we have six craftsmen in our factory and we produce five stones a day, meaning that it takes almost two hours from start to finish to make a stone”. He estimates that this harvest will eventually yield 10,000 stones.

Ailsa Craig stones are exported to places as far apart as Canada, Iceland and New Zealand, as well as more unexpected locations, including Hawaii, Brazil and Dubai.

The current project has received the backing of the World Curling Federation and their President Kate Caithness said, “we are pleased to support this project as it has ensured the supply for years to come of high-quality granite for curling stones that can be used by Olympic champions and club players alike”.

Once the project is finally completed, the Kays team will remove everything that they have brought onto the island – the diggers, the dumper trucks, the porta-cabins, and even the last crisp packet. They will also reinstate to a natural state the temporary roads and landing slip they created to shift the granite slabs from the quarries to the loading point. Then, Ailsa Craig will return to its isolation for at least another decade, having played its part in securing the future of what is acknowledged to be the world’s fastest-growing Winter Olympic sport. 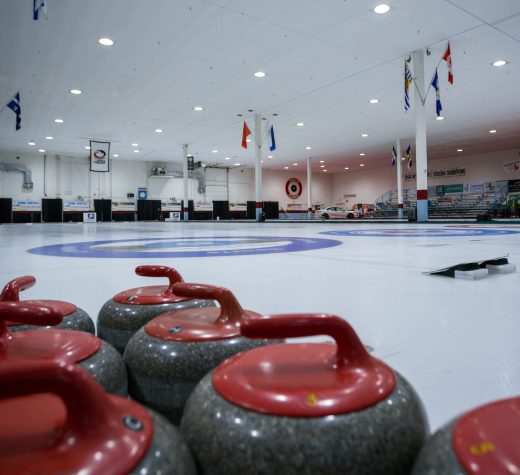 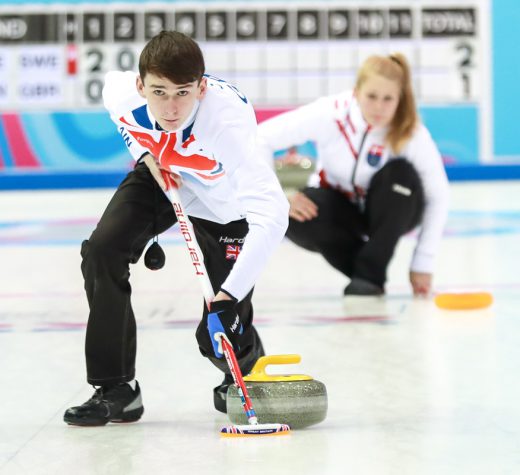 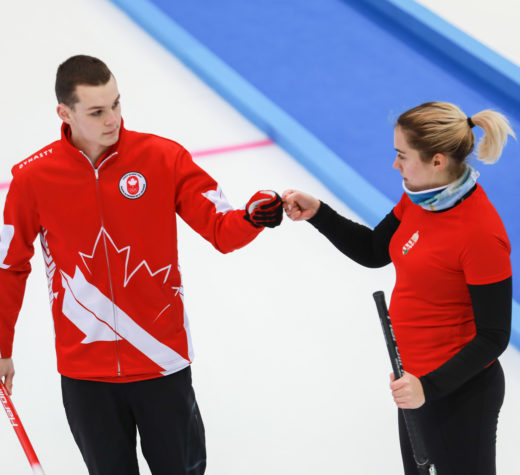